Your request for a free solar assessment has been forwarded to your local dealer. They will contact with you within one working day.
Thank you.

Deon’s story looks at his experience as a first-home-buyer and the unexpected costs and carbon emissions that came with his new home. While the thought of installing solar energy into his three-storey townhouse seemed near impossible to Deon, Solahart created an innovative solution that delivered on power capabilities and cost effectiveness, whilst also adding to the luxury aesthetic of the townhouse.

The success of Solahart’s installation on Deon’s home in Melbourne also encouraged his neighbours to look to renewable energy, with eight systems having been installed in the complex since. 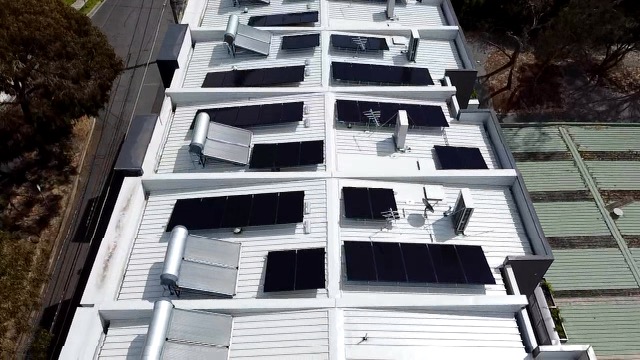 From bill shock to solar pioneers

After living in his brand-new home for less than a year, one owner of a stunning row of 20 luxury townhouses in Croydon, Melbourne was experiencing serious bill shock. Fees of more than $500 per month were coming in to cover the running costs of the home’s central heating and cooling systems and the elevator.

The owner, Deon Botha is a Services Director who had chosen Croydon as the place to put down roots by buying his first property. Deon needed to get on top of the huge energy bills he was receiving each month, without sacrificing the use of his ducted air conditioning through the cold Melbourne winters and scorching summers. His carbon footprint was also a consideration, given his household’s high energy consumption.

Solar power, backed up by a Tesla Powerwall, was the preferred solution, but installation on this three-storey townhouse on a suspended slab above a shop proved to be a challenge. Some solar providers quoted Deon site-unseen, however, quickly became unavailable when the complexity of the job became clear. Others refused to quote at all.

Fortunately for Deon, the Solahart team were up for the challenge.

The plan to address Deon’s energy needs was simple enough; install a discrete-looking solar system on the roof with the capability to erase or limit his monthly power bills.

However, the nature of the townhouses complicated things. Narrow lots meant that roof space was limited (comparable to the overall footprint of the home across three levels), and poor design choices in the building, like the TV antenna in the middle of the roof, made panel installation and connection more difficult.

Solahart and their team of skilled installers developed a solution that delivered on power capabilities and cost-effectiveness, while also considering the final aesthetic of the system. Local Victorian dealer, Solahart Eastern Ranges was in charge of the design and installation.

Solahart’s solution was to build a PV system with 15 x 370W Solahart Silhouette panels, a SolarEdge inverter and a Tesla Powerwall battery, coming in at a phenomenal 5.55kW with limited roof space.

The SolarEdge inverter was chosen due to its versatility; able to handle quick changes in Melbourne’s weather and still manage power output – even in poor weather conditions.

Additionally, the system was installed with a focus on futureproofing, allowing Deon to closely monitor electricity usage, and make additions in the future, such as adding an electric vehicle charging station.

Deon says Solahart’s approach impressed me when it came to the installation. While the cabling appeared impossible, Mark Baker’s team at Solahart Eastern Ranges devised a clever solution with minimal disruption to the look and finishes of the building itself. Options even included exploring feeding the cable through the lift wells in each townhouse! 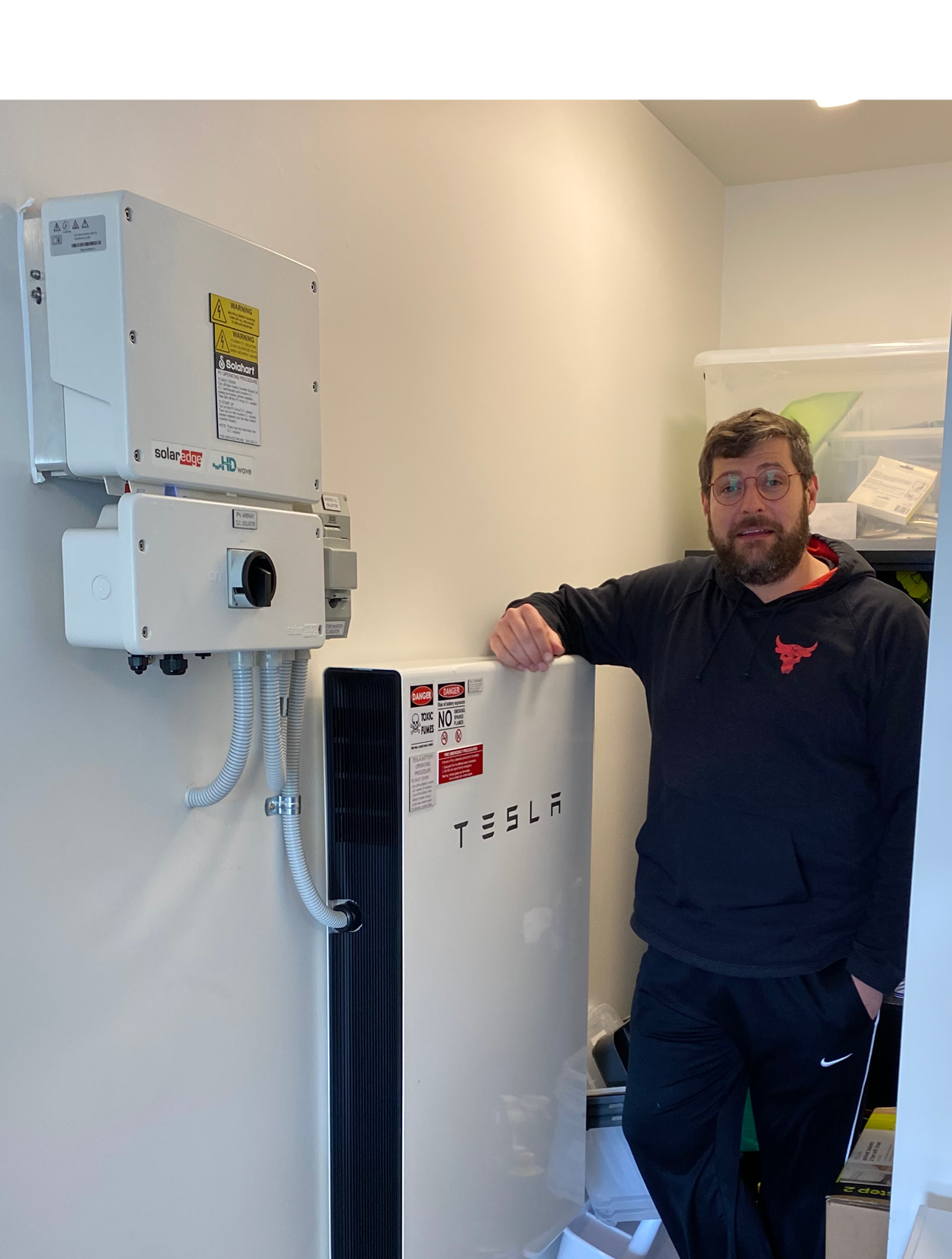 Deon describes the careful and transparent approach to the project as the most defining factor in choosing Solahart as the supplier.

“Mark, Karl and the team at Solahart kept us very well informed the whole way through the process, from pricing to installation. It helped instil a lot of confidence that we’d chosen the right supplier and made us feel in control of the entire process,” he says.

Deon gets the neighbours buzzing

Neighbours took note of Deon’s Solahart experience, with eight systems having been installed by Solahart at the site. The installations were pulled off without a hitch, leaving Deon and his neighbours with fully operational solar systems, and six of those being eligible for Victoria’s solar rebates.

< Back to Residential Case Studies